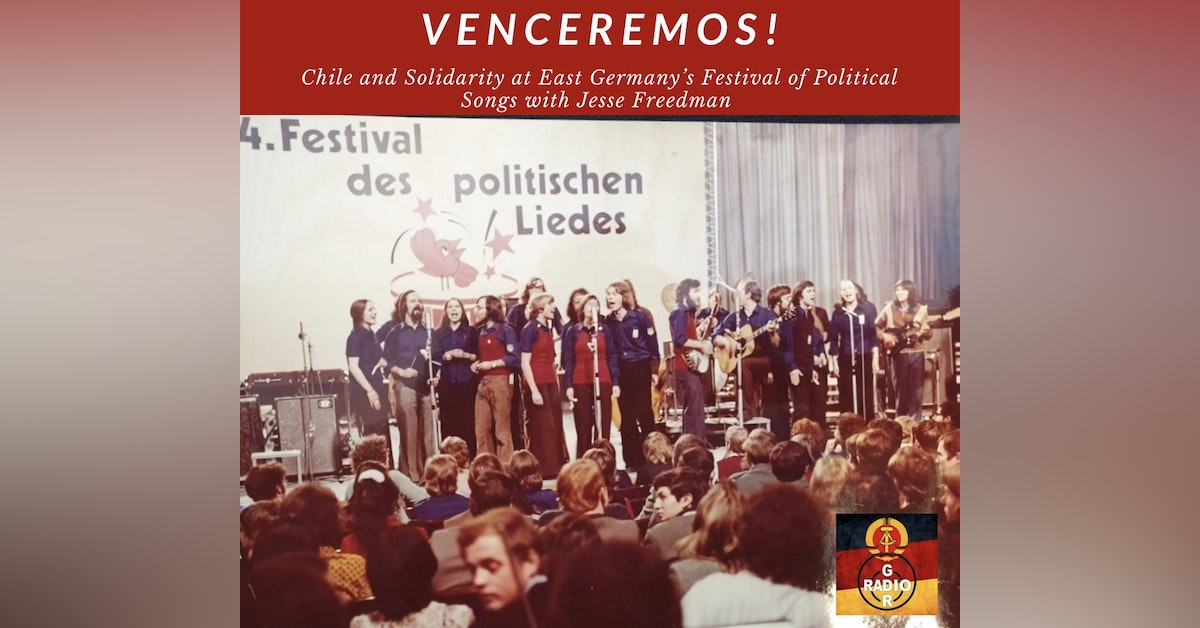 Venceremos! We will overcome! This one word defined the socialist political movement of Salvador Allende's presidency in Chile and, after the military coup of 1973, rolled off the tongues of Chilean exiles and musical bands who found a new home in East Germany. As many of you know, I have long been interested in the GDR's international relations, particularly with Chile given that I studied abroad there in 2007. I was amazed to learn that Chilean refugees fled to the GDR after the 1973 military coup in Chile, that many Chilean bands appeared at political festivals in East Berlin and that Erich Honecker, the deposed general secretary of the SED, died in exile in Santiago, Chile in 1994. John Paul Kleiner introduced me to today's guest, Jesse Freedman, because of our shared interest in the connections between Chile and East Germany, specifically the Festival des Politischen Liedes, or Festival of Political Songs, a musical festival held for many decades during the GDR's existence that hosted bands from Chile and around the world in the name of socialist solidarity. Jesse is a doctoral candidate in ethnomusicology at the University of California, Riverside. His research focuses on the reception and role of Chilean nueva canción, a revolutionary musical movement in the 60s and 70s, and the experience of Chilean exiles in the former German Democratic Republic during the years of the Pinochet military dictatorship. Let's join Jesse as he tells us about the history of this festival, the role Chilean bands like Inti-Illimani, Quilapayun and Illapu played to popularize revolutionary music in East Germany and how the festival shaped the GDR's foreign policy all the way until its end.

Here are a few links about Folk Music in the GDR that talk about some more general information. One of the articles is in German but you can translate it through the page:

Here is my more general blog about the historical connections between Chile and the GDR: