Taking Stock with Victor Grossman: The GDR's Achievements - Part I 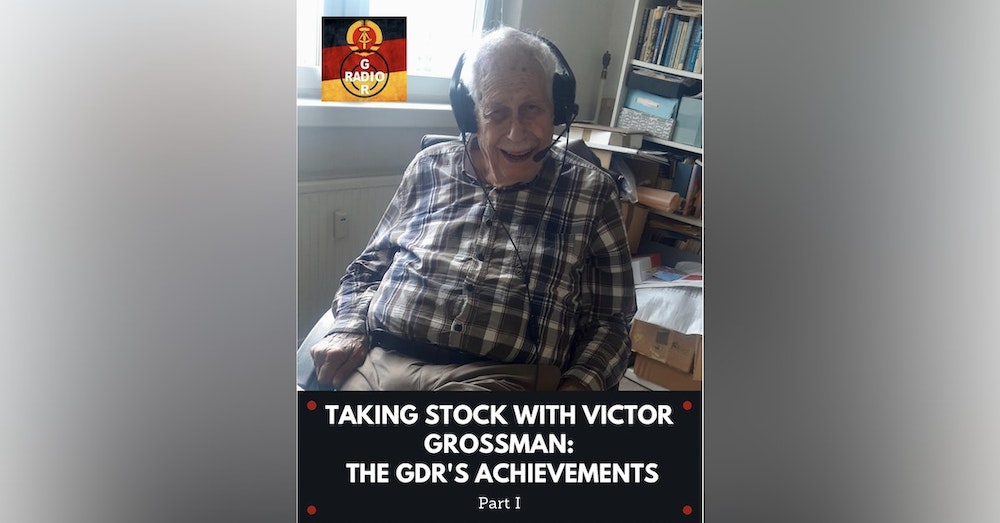 In 1952, a 24-year old American soldier defected to the Eastern Bloc in order to avoid a US Army disciplinary hearing and what he feared would be draconian punishment for his involvement in socialist and communist politics in the United States. This...

In 1952, a 24-year old American soldier defected to the Eastern Bloc in order to avoid a US Army disciplinary hearing and what he feared would be draconian punishment for his involvement in socialist and communist politics in the United States. This decision put his life on an entirely new trajectory, one that left him with a new name, Victor Grossman, and left him in the then young German Democratic Republic, a country that became his home for the remaining 37+ years of his existence. A committed socialist, Grossman identified closely with the aims of the East German state, but always maintained a critical perspectives on his new home.

Over two discussions with Radio GDR host John Paul Kleiner, Grossman takes stock of “the workers and peasants state”. In the first of these, Grossman focuses on the achievements of what the GDR labeled “real-existing socialism”, laying out the ways in which East Germany broke with German history and contrasting it with the Federal Republic to the west. He discusses how the country’s priorities were reflected in the everyday lives of its citizens and openly addresses some of the contradictions which were evident in GDR society and economy as its leaders sought to consolidate a socialist state on German soil.

John Paul would like to give special thanks to his friend Marcus Funck in Berlin for assistance with this interview. Without this help, it wouldn’t have happened, so thank you, Marcus!

Victor has recommended several films produced by the GDR which pick up on some of the themes discussed in this episode and these are listed below. These films are all available on the Kanopy streaming service which is available through many public and university libraries.

I was nineteen, synopsis on East German Cinema blog

Council of the Gods, synopsis on East German Cinema blog

Victor Grossman’s biography is truly remarkable for the way in which it intersects with so much of the politics and tensions that helped define the 20th century. Thankfully, he has taken the time to look back on his life and experiences in two books, Crossing the River: A Memoir of the American Left, Cold War and Life in East Germany (2003) and A Socialist Defector: From Harvard to Karl-Marx-Allee (2019). Each of these books is worth the time and attention of anyone seeking a first-hand perspective on state socialism and the Cold War from the other eastern side of the Iron Curtain.

Our friends at the Cold War Conversations podcast had Victor as a guest on their show several years ago and in the two-part interview, he presents his life in some details. Those shows can be found online here: Episode 1; Episode 2.

Stefan Wolle is a historian of GDR history and has published extensively on the subject in German. Several years ago his book on the “Honecker era”, The Ideal World of Dictatorship: Daily Life and Party Rule in the GDR, 1971-89 (2019, Christoph Links Verlag), was published in English and it provides a good overview of politics, culture, economics and everyday life in the GDR during this time. Readers may find it interesting to get his perspective on the themes discussed with Victor Grossman in this episode of the pod