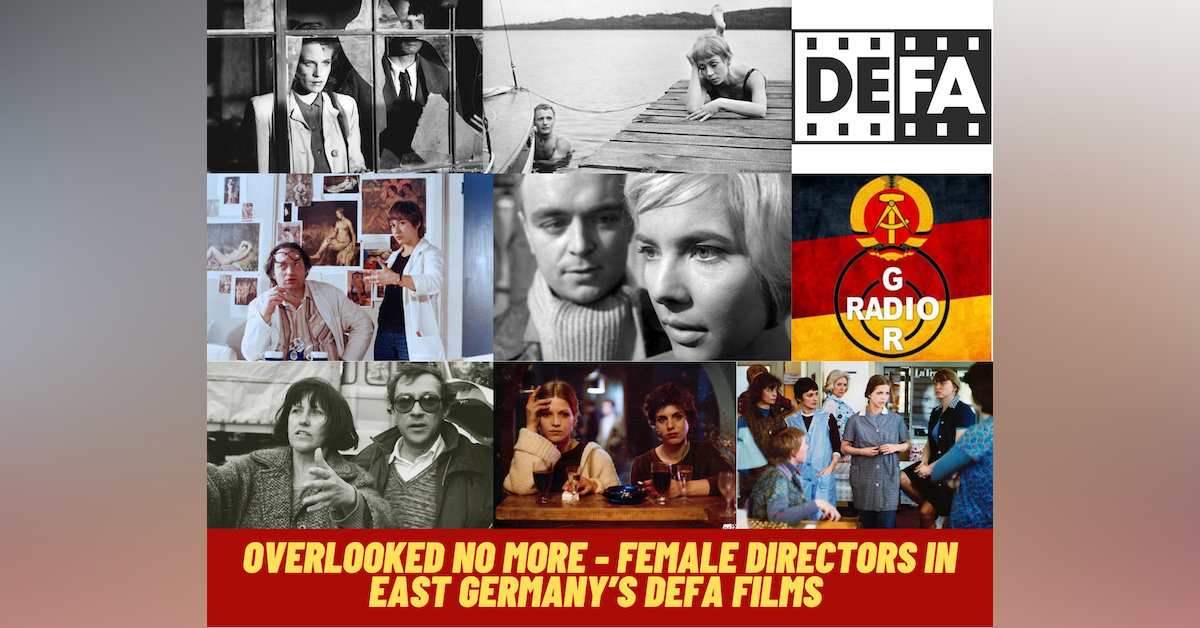 There is no shortage of recent articles regarding the too long overlooked subject of female directors. While many of these articles are specific to the women directing films today (Patty Jenkins, Kelly Reichardt, Kathryn Bigelow, etc.), there are many more that claim to be comprehensive overviews of the contributions made by women to the art of cinema. These articles are careful to remember female directors from the distant past (Lotte Reiniger, Alice Guy-Blaché) and the ones who boldly made films in Hollywood when women weren’t even considered for jobs as directors (Dorothy Arzner, Ida Lupino, Barbara Loden). They are careful to include women of color (Gina Prince-Bythewood, Chloé Zhao), and they don’t forget the well-known foreign women directors (Lina Wertmüller, Agnès Varda, Chantal Akerman). But there’s one group of female directors who haven’t been given due credit for their work: The female directors of East Germany.

You can go through as many articles on the topic of female directors as you’re willing to read, and you won’t find Iris Gusner, Evelyn Schmidt, or Hannelore Unterberg mentioned at all. Never mind that the films by these women are often better than any of the films made by some of the directors that did make those lists. Even the list of female directors Wikipedia includes no female East German directors.

Join us today as we speak with Jim Morton, author of the East German Cinema Blog, and Jeffrey Babcock, who curated a program on East German cinema for the Goethe Institute in Amsterdam, on the often overlooked topic of female directors in DEFA films.

Movies Behind the Wall: The Story of East German Films and the Rise and Fall of the GDR https://a.co/d/0qOYuPu

Must-see films
The Legend of Paul and Paula
Solo Sunny
Winter Adé
Apprehension
Should-see films:
Were the Earth Not Round
The Bicycle
All My Children
Also worth watching:
Too Young for Love
Our Short Life
Street Acquaintances
The Mistake
All of these films are available with English subtitles and are on Kanopy or available on DVD from the DEFA Library at UMass Amherst.